skip to main | skip to sidebar

Been a LITOL bit busy...

Labels: Children's Books, Illustration, Picture Books
For the last year I've been illustrating a couple of sets of books for McMillan Education. The Legends In Their Own Lunchbox series comprises six characters, each with their own set of six books. In a fit of overconfidence, greed or (most likely) wilful self-delusion I accepted 2 characters, requiring 12 books in all.

Noob is the self described 'Playground Superhero', defender of the underdog, guardian of library rules and schoolyard etiquette. All tied in with his eternal struggle against arch enemy Liam Lawson, smart, confident, deceptive, all-round-nasty-piece-of-work and, unfortunately, son of the school principal! Fortunately, Noob has best friend Trung to keep him from stepping over the brink to complete disaster. Well, most of the time, anyway. (written by Tristan Bancks, tristanbancks.com )

Chaz loves to cook. The fact that he's absolutely terrible at it is no barrier to his, err, unbound creativity. Long suffering mate Toby tries to reign in Chaz's greater excesses, usually to no avail and certainly to the digestive regret of anyone sampling his dishes. And  pretty much anyone standing directly in front of them, as well. It's his dream to become the next TV SuperChef. Duck and cover! (written by James Roy,  jamesroy.com.au )

I'll post a few more images from the series in the coming months. 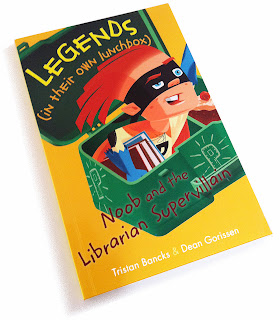 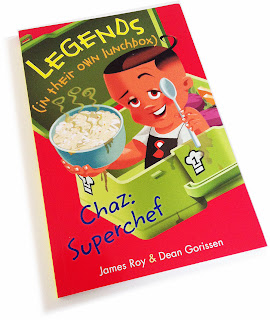